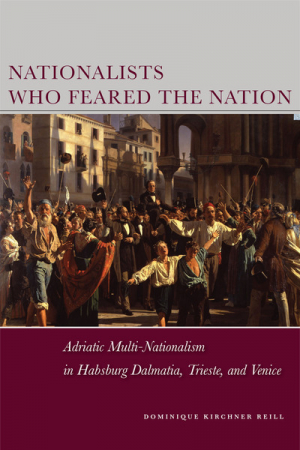 Nationalists who feared the nation - Copie

Abstract: We can often learn as much from political movements that failed as from those that achieved their goals. Nationalists Who Feared the Nation looks at one such frustrated movement: a group of community leaders and writers in Venice, Trieste, and Dalmatia during the 1830s, 40s, and 50s who proposed the creation of a multinational zone surrounding the Adriatic Sea. At the time, the lands of the Adriatic formed a maritime community whose people spoke different languages and practiced different faiths but identified themselves as belonging to a single region of the Hapsburg Empire. While these activists hoped that nationhood could be used to strengthen cultural bonds, they also feared nationalism's homogenizing effects and its potential for violence. This book demonstrates that not all nationalisms attempted to create homogeneous, single-language, -religion, or -ethnicity nations. Moreover, in treating the Adriatic lands as one unit, this book serves as a correction to "national" histories that impose our modern view of nationhood on what was a multinational region.