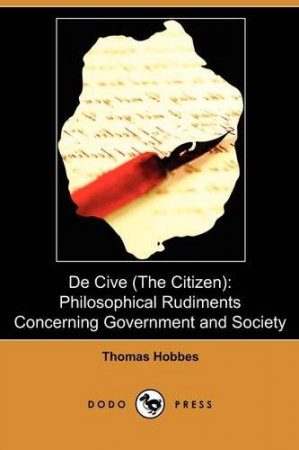 De cive, or, The citizen / by Thomas Hobbes ; edited with an introduction by Sterling P. Lamprecht.

De cive, or, The citizen - Copie

Abstract: Thomas Hobbes (1588-1679) was an English philosopher, remembered today for his work on political philosophy. His 1651 book Leviathan established the foundation for most of Western political philosophy from the perspective of social contract theory. He also contributed to a diverse array of fields, including history, geometry, physics of gases, theology, ethics, general philosophy, and political science. He was one of the main philosophers who founded materialism. He visited Florence in 1636 and later was a regular debater in philosophic groups in Paris, held together by Marin Mersenne. Hobbes's first area of study was an interest in the physical doctrine of motion and physical momentum. Despite his interest in this phenomenon, he disdained experimental work as in physics. He built a good reputation in philosophic circles and in 1645, he was chosen with Descartes, Gilles de Roberval and others, to referee the controversy between John Pell and Longomontanus over the problem of squaring the circle. His other works include: The Elements of Law Natural and Politic (1640) and De Cive (The Citizen): Philosophical Rudiments Concerning Government and Society (1651).