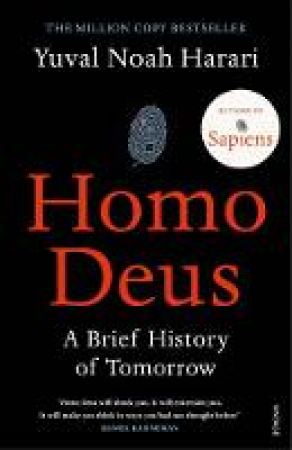 Abstract: Over the past century humankind has managed to do the impossible and rein in famine, plague, and war. For the first time ever, more people die from eating too much than from eating too little; more people die from old age than from infectious diseases; and more people commit suicide than are killed by soldiers, terrorists and criminals put together. The average American is a thousand times more likely to die from binging at McDonald's than from being blown up by Al Qaeda. What then will replace famine, plague, and war at the top of the human agenda? As the self-made gods of planet Earth, what destinies will we set ourselves, and which quests will we undertake? Homo Deus explores the projects, dreams and nightmares that will shape the twenty-first century -- from overcoming death to creating artificial life. It asks the fundamental questions: Where do we go from here? And how will we protect this fragile world from our own destructive powers?