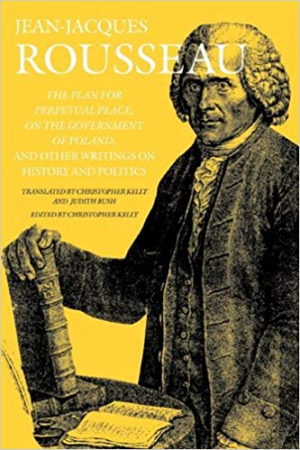 Abstract: These abridgements of The Plan for Perpetual Peace (published 1761), On the Government of Poland (1771-1772), and Jean-Jacques Rousseau's other writings on history and politics represent his considerations of the practical applications of key principles developed in his best-known theoretical writings. In this latest volume in the classic series, Rousseau reflects on projects for a European union; the possibilities for governmental reform for France, including the polysynody experiment; international relations; and the establishment of governments for Poland and Corsica, both recently liberated from foreign oppression. Taken together, these works offer definitive insights into Rousseau's decidedly nonutopian thoughts on cosmopolitanism and nationalism, and on the theory and practice of politics.