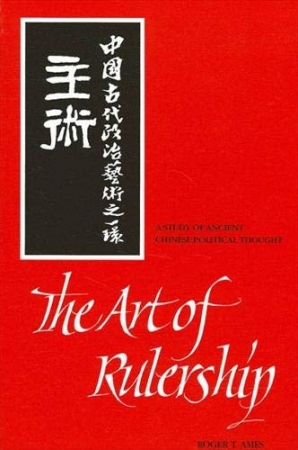 Abstract: Roger Ames first traces the evolution of five key concepts in early Chinese political philosophy and then analyzes these concepts as they are developed in The Art of Rulership. The Art of Rulership is Book Nine of the Huai Nan Tzu, an anthology of diverse and far-ranging contents compiled under the patronage of Liu An (prince of Huai Nan) and presented to the court of Wu Ti during the first century of the Former Han (perhaps as early as 140 B.C.). Ames demonstrates that the political theory contained in The Art of Rulership shares an underlying sympathy with precepts of Taoist and Confucian origin, and contains a systematic political philosophy that is not only unique but compelling. The book presents a political theory that tempers lofty ideals with functional practicability. While the spirit of the work is strongly Taoist and Confucian, this spirit is provided with a Legalist political framework in which it can be implemented, nurtured, and cultivated.