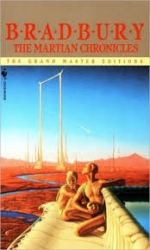 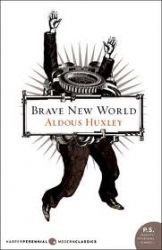 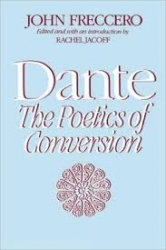 Dante : the poetics of conversion / John Freccero ; edited, and with an introduction by Rachel Jacoff

Abstract: John Freccero enables us to see the "Divine Comedy" for the bold, poetic experiment that it is. Too many critics have domesticated Dante by separating his theology from his poetics. Freccero argues that to fail to see the convergence of the letter and the spirit, the pilgrim and the poet, is to fail to understand Dante's poetics of conversion. For Dante, body and soul go together and there is no salvation that's purely intellectual, no poetry that is simply literary. The essays that form this book were originally published between 1959 and 1984. They are arranged to follow the order of the "Comedy," and they form the perfect companion for a reader of the poem. With these essays assembled for the first time, we can now see Freccero's stature: he is the best contemporary critic of Dante. Freccero is that rare article, a critic of eclectic and not dogmatic persuasion. Throughout Freccero operates on the fundamental premise that there is al- ways an intricate and crucial dialectic at work between Dante the poet and Dante the pilgrim, and that it is this dialectic that makes the work so profoundly dramatic, one of the great novels of the self. Thanks to Freccero we readers have the "Comedy" whole again. Freccero calls upon medieval philosophy, cosmology, science, theology, and poetics to enable us to traverse Dante's moral landscape without losing our way in the confusions of minute exegeses. In a secular age Freccero enables us to see this poem as what it is, something wholly other than what we might believe or write. In doing so he shows us the most that language can achieve in any age, secular or not. The Inferno of Dante / a new verse translation by Robert Pinsky ; with notes by Nicole Pinsky ; foreword by John Freccero

The Inferno of Dante - Copie Purgatory / Dante ; translated, edited, and with an introduction by Anthony Esolen ; illustrations by Gustave Dore 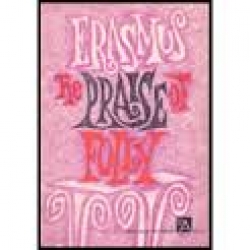 The praise of folly Desiderius Erasmuns
0 0 0

The praise of folly : translated by John Wilson, 1668 / Desiderius Erasmuns

The praise of folly - Copie

Abstract: First published in Paris in 1511, "The Praise of Folly" has enjoyed enormous and highly controversial success from the author's lifetime down to our own day. "The Folly" has no rival, except perhaps Thomas More's "Utopia", as the most intense and lively presentation of the literary, social and theological aims and methods of Northern Humanism. Clarence H. Miller's translation of "The Praise of Folly", based on the definitive Latin text, seeks to echo Erasmus' own lively style while retaining the nuances of the original text. In his introduction, Miller places the work in the context of Erasmus as humanist and theologian. In the afterword, William H. Gass playfully considers the meaning, or meanings, of folly and offers fresh insights into one of the great books of Western literature.

Abstract: The passionate and dramatic elegies of Propertius gained him a reputation as one of Rome's finest love poets. Here he portrays the exciting, uneven course of his love affair with Cynthia and tells us much about his contemporaries and the society in which he lives, while in later poems he turns to mythological themes and the legends of early Rome. In this new edition of Propertius, G. P. Goold solves some longstanding questions of interpretation and gives us a faithful and stylish prose translation. His explanatory notes and glossary/index offer steady guidance and a wealth of information. Born in Assisi about 50 BCE, Sextus Propertius moved as a young man to Rome, where he came into contact with a coterie of poets, including Virgil, Tibullus, Horace, and Ovid. Publication of his first book brought immediate recognition and the unwavering support of Maecenas, the influential patron of the Augustan poets. He died perhaps in his mid-thirties, leaving us four books of elegies that have attracted admirers throughout the ages. 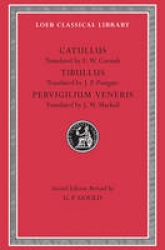 Abstract: Catullus (Gaius Valerius, 84-54 BCE), of Verona, went early to Rome, where he associated not only with other literary men from Cisalpine Gaul but also with Cicero and Hortensius. His surviving poems consist of nearly sixty short lyrics, eight longer poems in various metres, and almost fifty epigrams. All exemplify a strict technique of studied composition inherited from early Greek lyric and the poets of Alexandria. In his work we can trace his unhappy love for a woman he calls Lesbia; the death of his brother; his visits to Bithynia; and his emotional friendships and enmities at Rome. For consummate poetic artistry coupled with intensity of feeling Catullus's poems have no rival in Latin literature. Tibullus (Albius, ca. 54-19 BCE), of equestrian rank and a friend of Horace, enjoyed the patronage of Marcus Valerius Messalla Corvinus, whom he several times apostrophizes. Three books of elegies have come down to us under his name, of which only the first two are authentic. Book 1 mostly proclaims his love for 'Delia', Book 2 his passion for 'Nemesis'. The third book consists of a miscellany of poems from the archives of Messalla; it is very doubtful whether any come from the pen of Tibullus himself. But a special interest attaches to a group of them which concern a girl called Sulpicia: some of the poems are written by her lover Cerinthus, while others purport to be her own composition. The "Pervigilium Veneris," a poem of not quite a hundred lines celebrating a spring festival in honour of the goddess of love, is remarkable both for its beauty and as the first clear note of romanticism which transformed classical into medieval literature. The manuscripts give no clue to its author, but recent scholarship has made a strong case for attributing it to the early fourth-century poet Tiberianus. 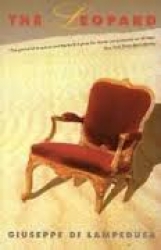 The leopard / Giuseppe di Lampedusa ; translated from the Italian by Archibald Colquhoun 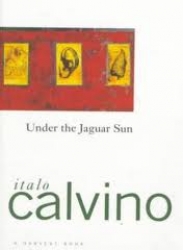 Under the jaguar sun Italo Calvino
0 0 0

Under the jaguar sun / Italo Calvino ; translated by William Weaver

Under the jaguar sun - Copie 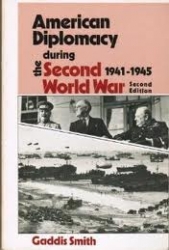