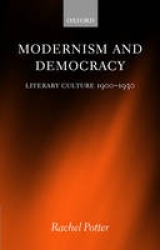 Abstract: Anglo-American modernist writing and modern mass democratic states emerged at the same time, during the period of 1900-1930. Yet writers such as T. S. Eliot, W. B. Yeats, Ezra Pound, Wyndham Lewis, and Ford Madox Ford were notoriously hostile to modern democracies. They often defended, in contrast, anti-democratic forms of cultural authority. Since the late 1970s, however, our understanding of modernist culture has altered as previously marginalised writers, in particular women such as Gertrude Stein, Djuna Barnes, H.D., and Mina Loy, have been reassessed. Not only has the picture of Anglo-American modernist culture changed significantly, but the understanding of the relationship between modernist writing and politics has also shifted. Rachel Potter here reassess the relationship between modernism and democracy by analysing the wide range of different reactions by modernist writers to the new democracies. She charts the changes in the ideas of democracy as a result of the shift from liberal to mass democracies after the First World War and of women's entrance into the political and cultural spheres.By uncovering hitherto-unanalysed essays by a number of feminist writers she argues that in fact there was a widespread scepticism about the consequences of mass democracy for women's liberation, and that this scepticism was central to the work of women modernist writers. 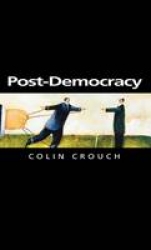 Themes for the 21st century

Abstract: Colin Crouch presents an original & polemical argument about the direction of politics in the 21st century. He links currently fashionable policies of privatisation & contracting out of public services to the rise of a new political class & examines the new radical protest movements. 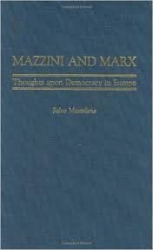 Mazzini and Marx : thoughts upon democracy in Europe / Salvo Mastellone.

Abstract: In this thought-provoking new work, long-term collaborators James March and Johan Olsen construct a brilliant foundation for thinking about the broad theoretical concerns of democratic governance. Building on the work that began with their seminal essay on "The New Institutionalism" in "The American Political Science Review" in 1984 and continued in "Rediscovering Institutions", March and Olsen challenge key aspects of standard contemporary thinking. While conventional thought is based primarily on the premises of individualism and self-interest, the authors argue that exchange theories of democracy are incomplete, reflecting only a partial view of history and human action. Going beyond democratic theory, March and Olsen draw on social science to examine how political institutions create and sustain democratic solidarity, identities, capabilities, accounts, and adaptiveness; how they can maintain and elaborate democratic values and beliefs-- and how governance might be made honorable, just, and effective. They show how democratic governance is both proactive and reactive-- creating interests and power as well as responding to them-- and how it shapes not only an understanding of the past and an ability to learn from it, but even history itself. By exploring how governance transcends the creation of coalitions that reflect existing preferences, resources, rights, and rules, the authors reveal how it includes the actual formation of these defining principles of social and political life. Which institutions serve democracy best? March and Olsen do not offer neat answers. Instead, while recognizing the complications involved in fulfilling democratic ideals, they ask how individuals and societies can achieve institutions that can make politics civil, accountable, capable, and transformative. In what is likely to be received as a seminal work, March and Olsen have established a comprehensive framework for discussion and debate that will continue to be read in management, political science, education, psychology, and sociology into the 21st century.

The civic minimum : on the rights and obligations of economic relationship / Stuart White. 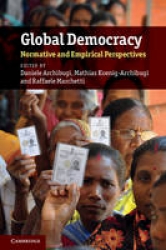 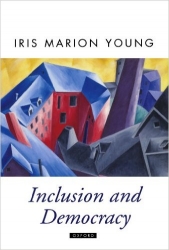 Abstract: Democratic equality entails a principle that everyone whose basic interests are affected by policies should be included in the process of making them. Yet individuals and groups often claim that decision-making processes are dominated by only some of the interests and perspectives in the society. What are the ideals of inclusion through which such criticisms should be made and which might guide more inclusive political practice? This book considers that question from the point of view of norms of democratic communication, processes of representation and association, and how wide the scope of political jurisdictions should be. Democratic theorists have not sufficiently attended to the ways processes of debate and decision making often marginalize individuals and groups because the norms of political discussion are biased against some forms of expression. "Inclusion and Democracy" aims to broaden understanding of democratic communication by reflecting on the positive political functions of narrative, rhetorically situated appeals and public protest. 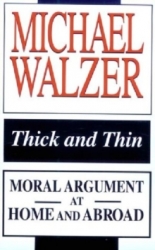 Abstract: Walzer revises and extends his arguments (first voiced in "Spheres of Justice"), framing his ideas about justice, social criticism and national identity in light of the new political world that has arisen in the last decade. The book examines maximalist and minimalist argument - "thick and thin". Review: Walzer (The Company of Critics, 1988, etc.) thoughtfully answers objections to his many influential volumes of social criticism. Walzer attempts to set out careful definitions for various terms that have arisen in public moral debate and beefs up the concepts behind his much discussed work. For him, moral reasoning is at its best when done at the "thick" level, in which the many components of individual and communal decision-making, history, and particularity can be dissected, analyzed, and accounted for. But it is the "thin" level of moral discourse (where generally recognizable slogans and terms predominate) that most often is the meeting point for intracultural and cross-cultural discussion and debate. Thus, the thin good of ending communism or providing aid to the needy is something that large numbers of people can agree on, but the thick good of making decisions about how to achieve such goals is more difficult. After five tight chapters, Walzer posits that we are all made up of several selves - based in our histories, identities, and associations - that we juggle as we confront a world of complex decisions and ambiguous choices. It is among those selves, rather than in a community of eager discussants, that the most profound moral reasoning occurs, a commentary on what Walzer perceives as the current sad state of public discussion and moral debate. Walzer emerges as a critic willing to take his punches, but who finds himself caught in a trap of sound-bite debate and thin sloganeering. Though Walzer could show himself more aware of some issues, especially gender and race, this is a well-argued, if not always energetic, set of carefully wrought ideas on the state of public moral debate. (Kirkus Reviews)

The inclusion of the other Jèurgen Habermas
0 0 0

The inclusion of the other : studies in political theory / Jèurgen Habermas ; edited by Ciaran Cronin and Pablo De Greif.

The inclusion of the other - Copie

Abstract: The Inclusion of the Other contains Habermas's most recent work in political theory and political philosophy. Here Habermas picks up some of the central themes of Between Facts and Norms and elaborates them in relation to current political debates.One of the distinctive features of Habermas's work has been its approach to the problem of political legitimacy through a sustained reflection on the dual legitimating and regulating function of modern legal systems. Extending his discourse theory of normative validity to the legal-political domain, Habermas has defended a proceduralist conception of deliberative democracy in which the burden of legitimating state power is borne by informal and legally institutionalized processes of political deliberation. Its guiding intuition is the radical democratic idea that there is an internal relation between the rule of law and popular sovereignty. In these essays he brings this discursive and proceduralist analysis of political legitimacy to bear on such urgent contemporary issues as the enduring legacy of the welfare state, the future of the nation state, and the prospects of a global politics of human rights. This book will be essential reading for students and academics in sociology and social theory, politics and political theory, philosophy and the social sciences generally. 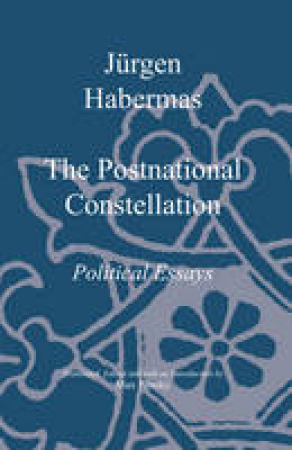 The postnational constellation : political essays / Jèurgen Habermas ; translated, edited, and with an introduction by Max Pensky.

Abstract: Does a global economy render the traditional nation-state obsolete? Does globalization threaten democratic life, or offer it new forms of expression? What are the implications of globalization for our understanding of politics and of national and cultural identities? In The Postnational Constellation, the leading German philosopher and social theorist Jurgen Habermas addresses these and other questions. He explores topics such as the historical and political origins of national identity, the catastrophes and achievements of "the long twentieth century," the future of democracy in the wake of the era of the nation-state, the moral and political challenges facing the European Union, and the status of global human rights in the ongoing debate on the sources of cultural identity. In their scope, critical insight, and argumentative clarity, the essays in The Postnational Constellation present a powerful vision of the contemporary political scene and of the challenges and opportunities we face in the new millennium. Those unfamiliar with Habermas's theoretical work will find in this volume a lucid and engaging introduction to one of the world's most influential thinkers. For readers familiar with Habermas's writings, The Postnational Constellation provides an invaluable application of his social and political theories to current political realities.