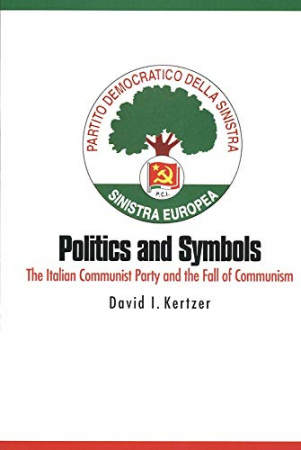 Politics & symbols : the Italian Communist Party and the fall of communism / David I. Kertzer.

Abstract: In the wake of the fall of the Berlin Wall, and with the Communist regimes of Eastern Europe collapsing, Italian Communist Party (PCI) head Achille Occhetto shocked his party in 1989 by insisting that the PCI jettison its old name and become something new. This dramatic book tells of the ensuing struggle within the PCI, which at the time was Italy's second-largest party and the most powerful Communist party in the West. David I. Kertzer's vivid depiction of the conflict brings to life the tactics that party factions employed and the anguish of party members for whom Communism was the core of their identity. Kertzer also tells a larger story from an anthropologist's perspective: the story of the importance of symbols, myths, and rituals in modern politics. -- Publisher description.