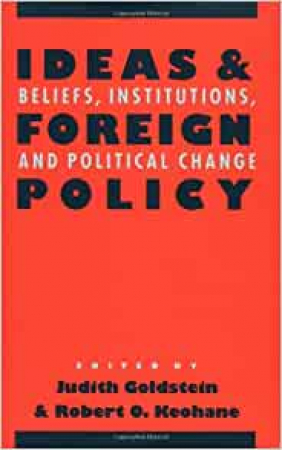 Abstract: Do people's beliefs help to explain foreign policy decisions, or is political activity better understood as the self-interested behavior of key actors? The collaborative effort of a group of distinguished scholars, this volume breaks new ground in demonstrating how ideas can shape policy, even when actors are motivated by rational self-interest. After an introduction outlining a new framework for approaching the role of ideas in foreign policy making, well-crafted case studies test the approach. The function of ideas as "road maps" that reduce uncertainty is examined in chapters on human rights, decolonialization, the creation of socialist economies in China and Eastern Europe, and the postwar Anglo-American economic settlement. Discussions of parliamentary ideas in seventeenth-century England and of the Single European Act illustrate the role of ideas in resolving problems of coordination. The process by which ideas are institutionalized is further explored in chapters on the Peace of Westphalia and on German and Japanese efforts to cope with contemporary terrorism. 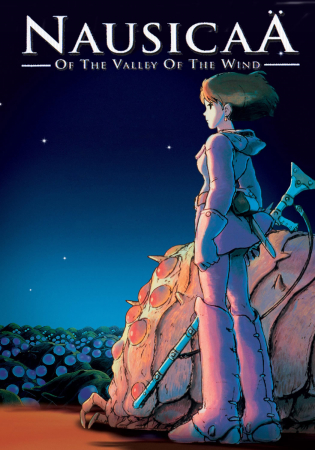 Nausicaa of the Valley of the wind / directed by Hayao Miyazaki ; music by Joe Hisaishi

Nausicaa of the Valley of the wind - Copie Welfare space : on the role of welfare state policies in the construction of the contemporary city / Stefano Munarin, Maria Chiara Tosi

Abstract: This book deals with the relationship between welfare policies and cities, the ways in which the complex set of actions designed to ensure greater well-being to different populations will help to build the city and, conversely, how the city and its various spatial articulations contribute to the well-being of its inhabitants. The book consists of two parts. In the first we attempt to define the concept of “welfare space”, discussing the current state of the concept. In the second instead, we analyze the spatial results of the welfare policies that have been enacted in the Veneto central area and we develop some projects that try to re-imagine the contemporary city in greater totality, defining the conditions for new life cycles for the contemporary territory. A History of Riots edited by Keith Flett.
0 0 0

A History of Riots / edited by Keith Flett.

A History of Riots - Copie

Abstract: A History of Riots is the result of a conference held by the London Socialist Historians Group in early 2012, designed to look again at the historical aspects of riots in the wake of the August 2011 riots in the UK. Many historians had thought that riots were a method of protest and revolt which had given way to more organised forms of expression, from trade unions to political parties, during the course of the nineteenth century. Events have proven this idea to be incorrect. Riots still take place around the world on a regular basis. The contributors to A History of Riots probe various aspects of riots in order to examine the historical issues and concerns that motivate them and dictate their course and to better understand why they take place in the current day. Sean Creighton looks at the Trafalgar Square riots in London in 1887, referred to as 'Bloody Sunday'. Ian Birchall analyses how riots have been represented in fiction, while Neil Davidson reviews riotous activity around the Scottish Act of Union in 1707. Keith Flett looks at what is sometimes held to be the peak of British riot history, the Chartist period of the 1840s, while John Newsinger offers a different perspective: not a riot inspired by the crowd or the 'mob', as media commentators persist in naming protesters, but one driven by authority, a police riot in the US in the 1930s. There are editorial introductions and conclusions that place these specific historical studies of aspects of the history of riots in a wider methodological and theoretical framework, looking at the work of some of the foremost historians of riots, including George Rude, and more recent material by Adrian Randall, Andrew Charlesworth and others. The perspective of the book is clear. Riots are something which is an important part of history, but they also remain part of the present too. In this sense, understanding their history is an important task for historians and all those interested in how, and in what forms, protest develops. This book represents a contribution to, and promotes, a discussion of both the history of riots and how an examination of this can help provide a better understanding of riots today. 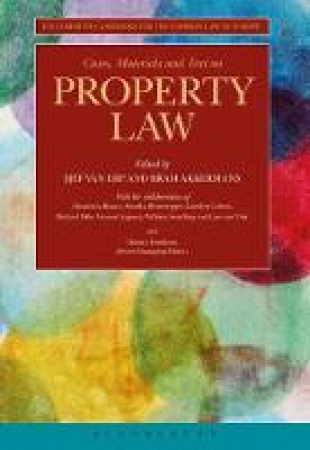 Abstract: This collection brings together local case studies of Britain's history and memory of transatlantic slavery and abolition, including the role of individuals and families, regional identity narratives, sites of memory and forgetting and the financial, architectural and social legacies of slave-ownership. 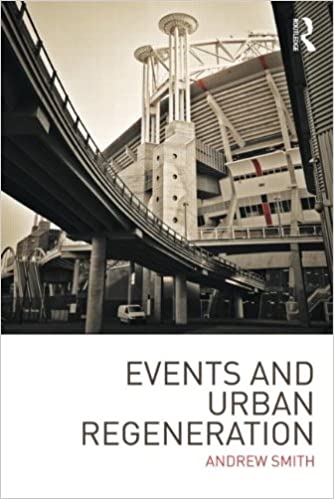 Events and urban regeneration : the strategic use of events to revitalise cities / Andrew Smith.

Abstract: In recent years, major sporting and cultural events such as the Olympic Games have emerged as significant elements of public policy, particularly in efforts to achieve urban regeneration. As well as opportunities arising from new venues, these events are viewed as a way of stimulating investment, gaining civic engagement and publicizing progress to assist the urban regeneration process more generally. However, the pursuit of regeneration involving events is a practice that is poorly understood, controversial and risky. Events and Urban Regeneration is the first book dedicate 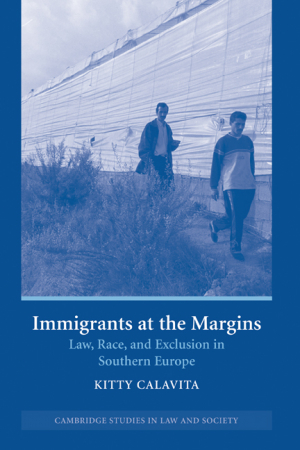 Immigrants at the margins Kitty Calavita.
0 0 0

Immigrants at the margins : law, race, and exclusion in Southern Europe / Kitty Calavita.

Cambridge studies in law and society

Immigrants at the margins - Copie

Abstract: Spain and Italy have recently become countries of large-scale immigration. This provocative book explores immigration law and the immigrant experience in these southern European nations, and exposes the tension between the temporary and contingent legal status of most immigrants, and the government emphasis on integration. This book reveals that while law and the rhetoric of policymakers stress the urgency of integration, not only are they failing in that effort, but law itself plays a role in that failure. In addressing this paradox, the author combines theoretical insights and extensive data from myriad sources collected over more than a decade to demonstrate the connections among immigrants' role as cheap labor - carefully inscribed in law - and their social exclusion, criminalization, and racialization. Extrapolating from this economics of alterité, this book engages more general questions of citizenship, belonging, race and community in this global era. 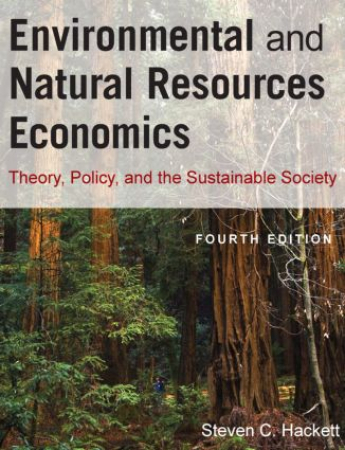 Abstract: From the cover. This new edition of a classic text presents an accessible yet rigorous treatment of environmental and natural resources economics, including climate change and the economics of sustainability. Completely revised and updated, the fourth edition now includes new figures and tables, definitions to assist the reader, and updated policy information. New advances in the science, economics, and policy approaches to climate change have been integrated into essentially all-new chapters on incentive regulation and global climate change. This innovative textbook integrates economics with science and public policy in a balanced and accessible way that will be appreciated by students from disciplines ranging from economics and natural resources management to environmental studies and energy policy. 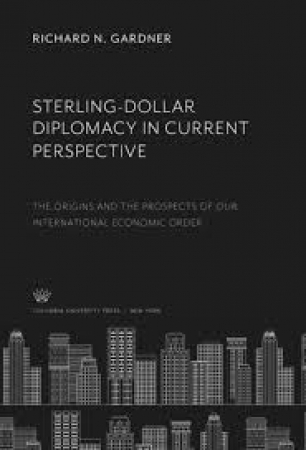 Sterling-dollar diplomacy in current perspective : the origins and the prospects of our international economic order / Richard N. Gardner. 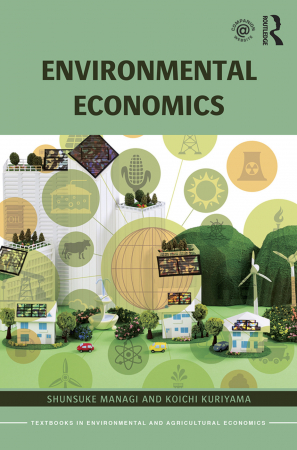 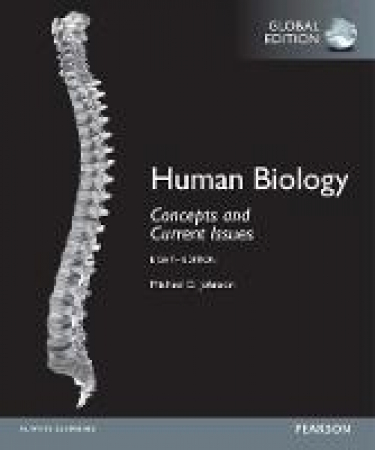 Abstract: With a focus on body systems, this text intends to spark the interest of nonscience students and encourage active learning. 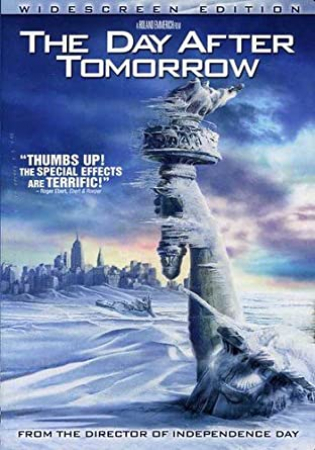 The day after tomorrow directed by Roland Emmerich
0 0 0

The day after tomorrow - Copie The idea of a town : the anthropology of urban form in Rome, Italy and the Ancient World / Joseph Rykwert.

The idea of a town - Copie

Abstract: Roman towns and their history are generally regarded as being the preserve of the archaeologist or the economic historian. In this famous, unusual and radical book which touches on such disparate themes as psychology and urban architecture, Joseph Rykwert has considered them as works of art. His starting point is the mythical, historical and ritual texts in which their foundation is recounted rather than the excavated remains, such texts having parallels not merely in ancient Greece but also further afield Mesopotamia, India and China. To achieve his reading of the Roman town, he has invoked the comparative method of the anthropologists, and he examines first of all the 'Etruscan rite', a group of ceremonies by which all, or practically all, Roman towns were founded. The basic institutions of the town, its walls and gates, its central shrines and its forum are all of them part of a pattern to which the rituals and the myths that accompanied them provide clues. Like in other 'closed' societies, these rituals and myths served to create a secure home for the citizen of Rome and to make him feel part of his city and place it firmly in a knowable universe. 'It is refreshing to look at standard themes of the history of urban design from a nonrational point of view, to see surveyors as quasi priests and orthogonal planning as a sophisticated technique touched by divine mystery . . .. Rykwert's lasting worth will be to wrench us away from rationalist simplicities, and to make us face the fundamental disquietof the human spirit in its claim to a permanent place on the land.' Spiro Kostoff, Journal of the Society Architectural Historians 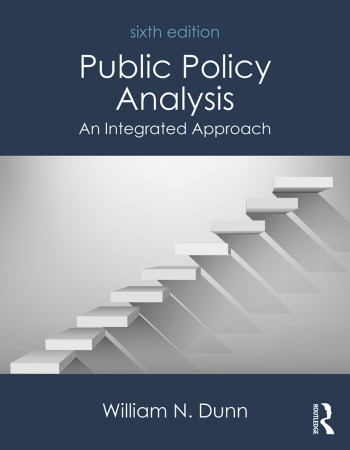 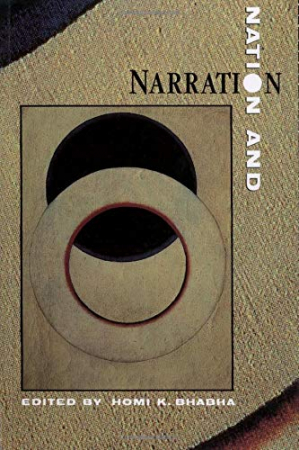 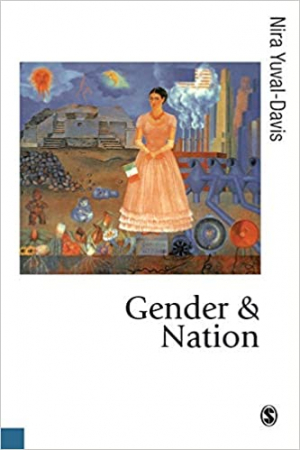 Abstract: In 'Gender and Nation' Yuval-Davis argues that the construction of nationhood involves specific notions of both `manhood' and `womanhood'. She examines the contribution of gender relations to key dimensions of nationalist projects - the nation's reproduction, its culture and citizenship - as well as to national conflicts and wars, exploring the contesting relations between feminism and nationalism.

Abstract: This is the sixth edition of the classic text for students of geography and urban and regional planning. It gives an historical overview of the changes in cities and regions and in the development of the theory and practice of planning throughout the 20th and 21st centuries. The extensively revised edition now incorporates new material on European issues, as well as updated country-specific sections and the impact of recession. Specific references are made to the most important British developments in recent times, including new towns, neo-liberalism, the devolution to Scotland, Wales and Northern Ireland, and to cities and combined authorities, the role of infrastructure and high-speed rail, the impact of austerity, neighbourhood planning, Brexit and the continual story of the north-south divide. A chapter on United States planning discusses the continuing trends of urban dispersal and social polarisation, the treatment of climate change, the rise of edge cities and the decline of rustbelt cities, as well as initiatives in new urbanism, land use planning and transportation policies. Finally, the book looks to discuss the main issues that are likely to impact on future forms of planning in the 2020s, including digitisation, automation, sustainability and social polarisation. Urban and Regional Planning will be invaluable to undergraduate as well as postgraduate Planning students. It will prove useful in a variety of built environment areas such as Architecture, Landscape Architecture, Urban Design, Real Estate, where planning is taught. 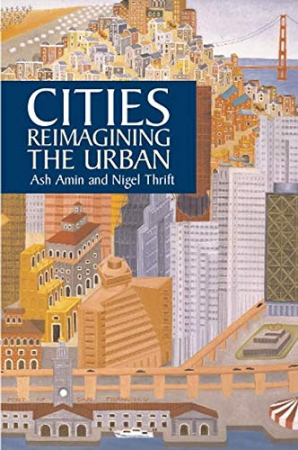 Abstract: Amin and Thrift maintain that the traditional divide between the city and the countryside has been perforated through urban encroachment, the thickening of the links between the two, and urbanisation as a way of life.