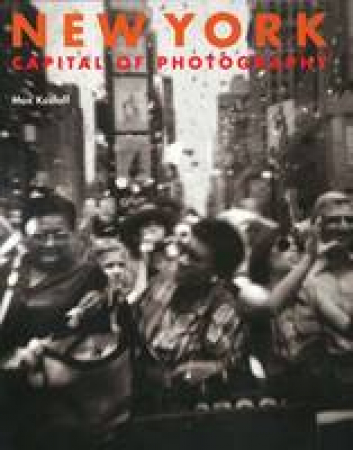 Abstract: For street photographers, New York has always been a city of unparalleled visual excitement, teeming with diverse people and distinctive neighbourhoods. This is an examination of how photographers chronicled New York throughout the 20th century, how the city changed their vision, and how their work affected ideas about New York throughout the world. The volume presents the work of both famous and lesser-known photographers, many of them Jewish. An underlying theme in this pictorial history of New York is the critical role played by Jewish sensibility. Max Kozloff begins with the development of street photography that emerged in New York in the early 1900s with a local school of photographers led by Alfred Stieglitz. Documenting work, loneliness, play, conflict, love and spectacle, this group came to define urban perception as the characteristic visual experience of modernity. Some photographers also became social activists, observing New York's ethnic and racial diversity and focusing their lenses on newcomers and marginalized groups. From the 1930s to 1960s, Kozloff shows, members of the New York School envisioned the city in a different way, as a processing centre for immigrants, a site of commercial display, and a crossroads of world culture. In the 1950s and 1960s, photographers saw New York as an uneasy battleground, and their pictures caught the forces of civil rights, sexual liberation, and leftist politics as they clashed with traditional powers. Finally, as the century waned, photographers became more self-conscious, The photographers featured in this book include Berenice Abbott, Diane Arbus, Richard Avedon, Margaret Bourke-White, Henri Cartier-Bresson, Larry Clark, Walker Evans, Lee Friedlander, Nan Goldin, Lewis Hine, Joel Myerowitz, Gordon Parks, Irving Penn, Ben Shahn, Edward Steichen, Alfred Steiglitz, Paul Strand, Weegee, and Garry Winogrand.

Copy the code below and paste it into your website.