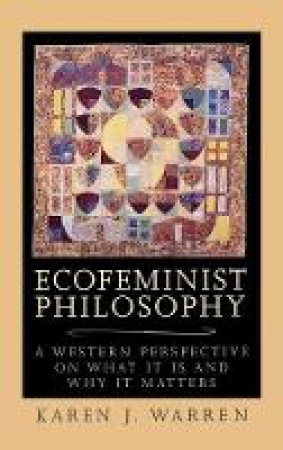 Ecofeminist philosophy : a western perspective on what it is and why it matters / Karen J. Warren.

Ecofeminism / Maria Mies and Vandana Shiva ; with a foreword by Ariel Salleh.

Abstract: This groundbreaking work remains as relevant today as when it was when first published. Maria Mies and Vandana Shiva, two world-renowned feminist environmental activists, critique prevailing economic theories, conventional concepts of women's emancipation, the myth of 'catching up' development, the philosophical foundations of modern science and technology, and the omission of ethics when discussing so many questions, including advances in reproductive technology and biotechnology.

Monocultures of the mind Vandana Shiva.
0 0 0

Monocultures of the mind : perspectives on biodiversity and biotechnology / Vandana Shiva.

Monocultures of the mind - Copie

Abstract: "Underlying her arguments is the view that the North's particular approach to scientific understanding has led to a system of monoculture in agriculture -- a model that is now being foisted on the South, displacing its societies ecologically sounder, indigenous and age-old experimences of truly sustainable food cultivation, forest management and animal husbandry. This rapidly accelerating process of technology and system transfer is impoverishing huge numbers of people, disrupting the social systems that provide them with security and dignity, and will ultimately result in a sterile planet in both North and South. In a policy intervention of potentially great significance, she calls instead for a halt, at international as well as local level, to the aid and market incentives to both large-scale destruction of habitats where biodiversity thrives and the introduction of centralised, homogeneous systems of cultivation. Book jacket."--Jacket

International Research and Training Institute for the Advancement of Women.