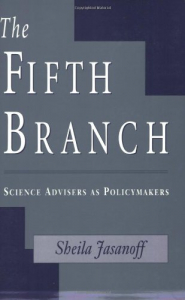 Abstract: Scope and content: How can decisionmakers charged with protecting the environment and the public's health and safety steer clear of false and misleading scientific research? Is it possible to give scientists a stronger voice in regulatory processes without yielding too much control over policy, and how can this be harmonized with democratic values? These are just some of the many controversial and timely questions that Sheila Jasanoff asks in this study of the way science advisers shape federal policy. In their expanding role as advisers, scientists have emerged as a formidable fifth branch of government. But even though the growing dependence of regulatory agencies on scientific and technical information has granted scientists a greater influence on public policy, opinions differ as to how those contributions should be balanced against other policy concerns. More important, who should define what counts as good science when all scientific claims incorporate social factors and are subject to negotiation? Jasanoff begins by describing some significant failures--such as nitrites, Love Canal, and alar--in administrative and judicial decisionmaking that fed the demand for more peer review of regulatory science. In analyzing the nature of scientific claims and methods used in policy decisions, she draws comparisons with the promises and limitations of peer review in scientific organizations operating outside the regulatory context. The discussion of advisory mechanisms draws on the author's close scrutiny of two highly visible federal agencies--the Environmental Protection Agency and the Food and Drug Administration. Here we see the experts in action as they deliberate on critical issues such as clean air, pesticide regulation, and the safety of pharmaceuticals and food additives. Jasanoff deftly merges legal and institutional analysis with social studies of science and presents a strong case for procedural reforms. In so doing, she articulates a social-construction model that is intended to buttress the effectiveness of the fifth branch. 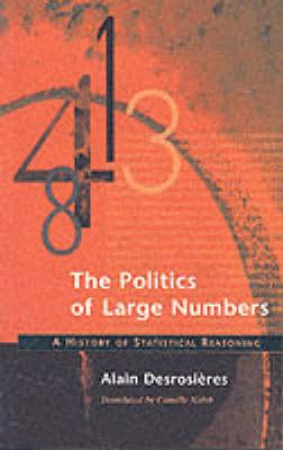 The politics of large numbers : a history of statistical reasoning / Alain Desrosieres ; translated by Camille Naish

The politics of large numbers - Copie 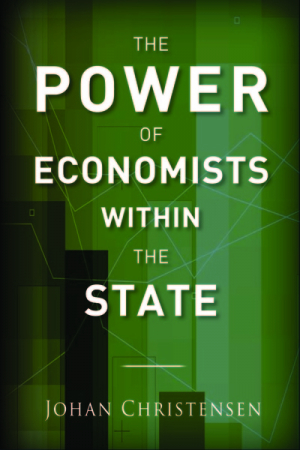 The power of economists within the state Johan Christensen.
0 0 0

The power of economists within the state / Johan Christensen.

The power of economists within the state - Copie

Abstract: Why have some countries gone farther than others in adopting public policies that rely heavily on the free-market? Johan Christensen offers a new explanation: these policies are correlated with the entrenchment of U.S.-trained, neoclassical economists within that state. Comparing the cases of New Zealand, Ireland, Norway, and Denmark, he shows how the influence of economists helped to establish market-conforming tax regimes. 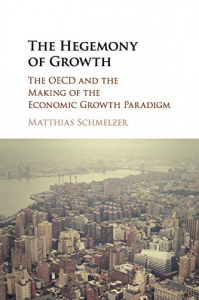 The hegemony of growth : the OECD and the making of the economic growth paradigm

The hegemony of growth - Copie

Abstract: The first comprehensive historical overview of the OECD's role in the concept of economic growth becoming an international norm.