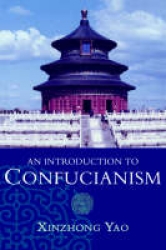 An introduction to Confucianism Xinzhong Yao.
0 0 0

An introduction to Confucianism / Xinzhong Yao.

An introduction to Confucianism - Copie

On sacred grounds : culture, society, politics, and the formation of the cult of Confucius / Thomas A. Wilson, editor.

Abstract: The sacred landscape of imperial China was dotted with Buddhist monasteries, Daoist temples, shrines to local deities, and the altars of the mandarinate. Prominent among the official shrines were the temples in every capital throughout the empire devoted to the veneration of Confucius. Twice a year members of the educated elite and officials in each area gathered to offer sacrifices to Confucius, his disciples and the major scholars of the Confucian tradition. The worship of Confucius is one of the least understood aspects of Confucianism, even though the temple and the cult were highly visible signs of Confucianism's existence in imperial China. To many modern observers of traditional China, the temple cult is difficult to reconcile with the image of Confucianism as an ethical, humanistic, rational philosophy. The nine essays in this book are an attempt to recover the meaning and significance of the religious side of Confucianism. Among other subjects, the authors analyze the social, cultural and political meaning <"@ attached to the cult; its history; the legends, images and rituals associated with the worship of Confucius; the power of the descendants of Confucius, the main temple in the birthplace of Confucius; and the contemporary fate of temples to Confucius. 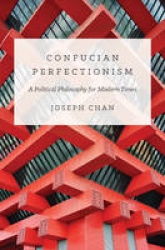