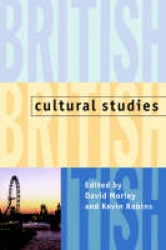 Abstract: "British Cultural Studies maps the dynamics of contemporary British culture, seeking to identify its new configurations and to trace the dimensions of its emerging faultlines, including those deriving from the nation's colonial heritage and from the new forms of cultural politics - ethnic, regionalist, environmentalist, and consumerist - which now characterize this increasingly fragmented and diverse nation." "The book includes over thirty essays covering almost every aspect of culture and identity in Britain today and addressing the current transformations of this culture and identity in the context of globalization. The opening section of the book deals with different conceptions of Britishness and identity, including English, Scottish, Irish, Welsh, Asian and Black British identities. Section two then analyses the interplay between tradition and heritage in contemporary culture, whilst the final section looks at the world of lifestyle groups, subcultures, and cultural politics and the way in which they have come in many ways to substitute for notions of Britishness.

Abstract: "Memory is as central to modern politics as politics is central to modern memory. We are so accustomed to living in a forest of monuments, to having the past represented to us through museums, historic sites, and public sculpture, that we easily lose sight of the recent origins and diverse meanings of these uniquely modern phenomena. In this volume, leading historians, anthropologists, and ethnographers explore the relationship between collective memory and national identity in diverse cultures throughout history. Placing commemorations in their historical settings, the contributors disclose the contested nature of these monuments by showing how groups and individuals struggle to shape the past to their own ends." 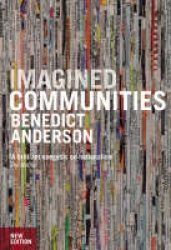 Imagined communities : reflections on the origin and spread of nationalism / Benedict Anderson

Abstract: What makes people love and die for nations, as well as hate and kill in their name? While many studies have been written on nationalist political movements, the sense of nationality - the personal and cultural feeling of belonging to a nation - has not received proportionate attention. In this widely acclaimed work, Benedict Anderson examines the creation and function of the "imagined communities" of nationality and the way these communities were in part created by the growth of the nation-state, the interaction between capitalism and printing and the birth of vernacular languages in early modern Europe.

The crisis of German ideology - Copie 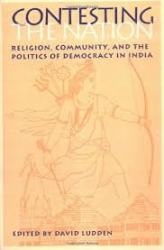 Contesting the nation : religion, community, and the politics of democracy in India / edited by David Ludden. 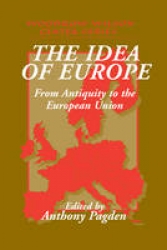 The idea of Europe edited by Anthony Pagden.
0 0 0

The idea of Europe : from antiquity to the European Union / edited by Anthony Pagden.

The idea of Europe - Copie

Abstract: The creation of the European Union and the progressive integration of the European states has raised serious questions about the existence of a distinctive European identity. Do the British share much in common with the French, or the French with the Danes? Will a unified Europe remain an economic and political possibility with no greater cultural or affective foundations? If there is something that distinguishes all Europeans, what is it, and how is it being changed by recent events? This book addresses these questions in essays ranging from ancient Greece to the end of the twentieth century. Their authors come from different intellectual backgrounds and represent differing intellectual traditions. They discuss questions of politics, religion, commerce, law, language, literature and affectivity. Taken together, they provide a powerful insight into the historical origins of the idea of Europe and into the future of the European Union.

Uses of the other : "The East" in European identity formation / Iver B. Neumann.

Uses of the other - Copie 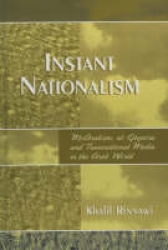 Abstract: Instant Nationalism: McArabism, al-Jazeera, and Transnational Media in the Arab World discusses the role of Arab transnational media, in particular the Qatar-based al-Jazeera, in the emergence of a new pan-Arabism. The book argues that through context and technology a new pan-Arab identity known as McArabism is being formed. McArabism, the author suggests, represents the convergence of local tribal identities with globalization and the forming, or reforming, of a new regional Arab identity. This book also explores the impact of this new identity on Arab society, the Arab-Israeli conflict, and new representations of the West and the Islamic and Arab World.

Nationalists who feared the nation - Copie 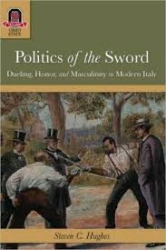 Politics of the sword - Copie

Abstract: From primacy to paucity -- Risorgimento del duello--duello del risorgimento -- Honor and the nation -- A plague of duels (1860-1914): dueling and elites -- Institutions of honor and the search for legal sanction -- The great dueling debate -- The duel and fascism. 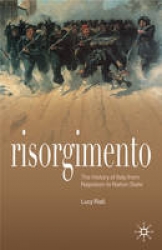 Risorgimento : the history of Italy from Napoleon to nation-state / Lucy Riall.

Abstract: The Risorgimento is considered to be the defining moment in Italy's history, the period where Italy became a nation and entered the modern world. This text provides an examination of the historical debates surrounding this complex and controversial period, incorporating new research on national identity. 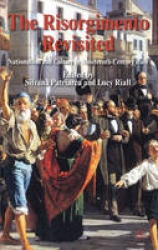 The Risorgimento revisited edited by Silvana Patriarca and Lucy Riall.
0 0 0

The Risorgimento revisited : nationalism and culture in nineteenth-century Italy / edited by Silvana Patriarca and Lucy Riall.

Abstract: What was the appeal and the tropes of national-patriotic discourse in nineteenth-century Italy? How did Romanticism intersect with nationalist politics? Why did a young man or woman become a patriot, join a nationalist movement and, if necessary, fight and die for the cause? By addressing these and other questions, the innovative essays of this collection provide fresh and topical perspectives on a central period in modern Italian history. Beside confronting the narrative of 'Risorgimento', its gendered tropes, and the actual experiences of men and women, the authors approach neglected areas of investigation on the Risorgimento - from the relationship between religion and the nation to the connections with the issue of empire and the aspirations of other peoples in the Mediterranean region. An important contribution to our understanding of Italian and more generally European nationalism, this volume also enlightens current discussions about the role of patriotism and the nature of nationalism in present-day Italy. 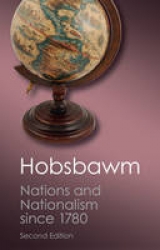 Nations and nationalism since 1780 - Copie

Abstract: Nations and Nationalism since 1780 is Eric Hobsbawm's widely acclaimed and highly readable enquiry into the question of nationalism. Events in the late twentieth century in Eastern Europe and the Soviet republics have since reinforced the central importance of nationalism in the history of the political evolution and upheaval. This second edition has been updated in light of those events, with a final chapter addressing the impact of the dramatic changes that have taken place. Also included are additional maps to illustrate nationalities, languages and political divisions across Europe in the nineteenth and twentieth centuries. 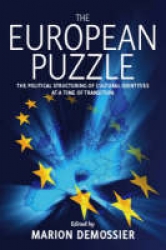 The European puzzle : the political structuring of cultural identities at a time of transition / edited by Marion Demossier.

Abstract: The twin concepts of "Culture" and "Identity" are inescapable in any discussion of European Integration and yet over the last ten years their meaning has become increasingly contested. By combining an anthropological and political perspective, the authors challenge the traditional boundaries within the issue of the construction of Europe. In the first part, historians and anthropologists from various national traditions discuss the process of the construction of Europe and its implications for cultural identities. The second section examines a number of topics at the core of the process of Europeanization and presents up-to-date information on each of these issues: political parties, regions, football, cities, the Euro, ethnicity, heritage and European cinema. Emphasis is be placed on the political structuring of cultural identities by contrasting top-down and bottom-up processes that define the tensions between the unity and diversity of the European Community. 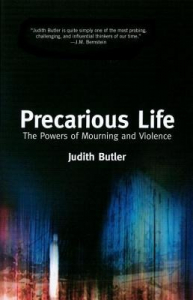 Precarious life : the powers of mourning and violence / Judith Butler. 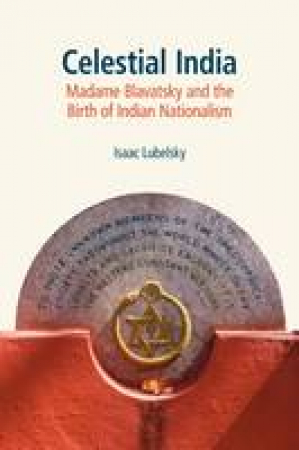 Abstract: "This brilliant and infuriating book is the latest intriguing offering from one of the most original anthropologists working.... It offers us unpredictable and illuminating interpretations of classical material."—Journal of the Royal Anthropological Institute.