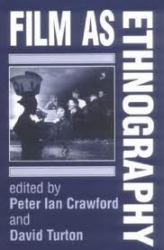 Abstract: Colonialist Photography is an absorbing collection of essays and photographs exploring the relationship between photography and European and American colonialism. Packed with well over a hundred images, these captivating pictures range from the first experiments with photography as a documentary medium, up to the decolonisation of many regions after the Second World War. Reinforcing a broad range of Western assumptions and prejudices, such images often assisted in the construction of a colonial culture. In these thirteen essays, Colonialist Photography considers: * how photographs tended to support the cultural and political rhetoric of racial and geographic difference between the West and its colonies * the range of images from 'scientific' categorizing and recording methods, to 'commercial' pictures for collection and display, such as postcards and magazine advertisements * how photographers contributed to cultural, social, and political ideas of race by highlighting racial distinction in their work. By drawing upon methods from anthropology, literary criticism, geography, imperial history and art history, Hight and Sampson offer a rich source of current ideas about relationship between colonialism and visual representation. Using case studies and recent forms of interpretative analysis, these post-colonial readings provide a thought-provoking analysis of how we imagine race and place.